Unlike other injured people covered under workers’ Compensation laws, maritime workers injured while performing jobs on offshore oil drilling rigs and production platforms, boats and ships in U.S. coastal and inland navigable waterways, or docks and marine terminals, must file for relief under the Jones Act, also known as the Merchant Seaman Protection and Relief Act. Seamen, longshoremen and other maritime workers may file for benefits to cover health care costs and lost wages associated with their injury on the job.

The Jones Act (or maritime law) was passed by the U.S. Congress to protect injured seamen. This law also applies to recreational boaters. If a boating accident occurs, the operator of the vessel is required to file a report when:

Most often accidents occur on inland waters, such as rivers, streams, lakes, and ponds. The most common types of accidents include: collision, explosion, capsizing, falling overboard, flooding or sinking, and fire.

According to the National Safe Boating Council, most boating accidents are caused by factors that are in the operator’s or passengers’ control. For example, the number one cause of death in boating accidents is drowning. The number one reason: boaters were not wearing life jackets. In fact, less than 23 percent of boater’s wear life jackets at all. Additionally, 80 percent of deaths occurred on boats where the operator had not taken a boater education course.

In addition to the right to collect benefits under the Jones Act, maritime employees can also file personal injury lawsuits to seek compensation for their injuries. The law firm of Vivian H. Phan represents people working on marine vessels and at land-based facilities.

Whether you are a maritime worker on a boat operating on inland rivers or lakes, crew member of an open-sea vessel or an oil platform worker, you may be covered by the Jones Act and maritime injury laws. Our experienced Law firm can help make a significant difference in recovering fair compensation for your injuries. 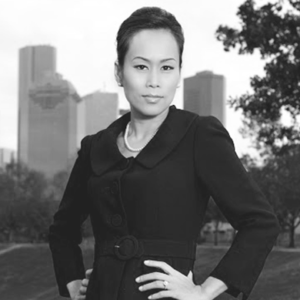